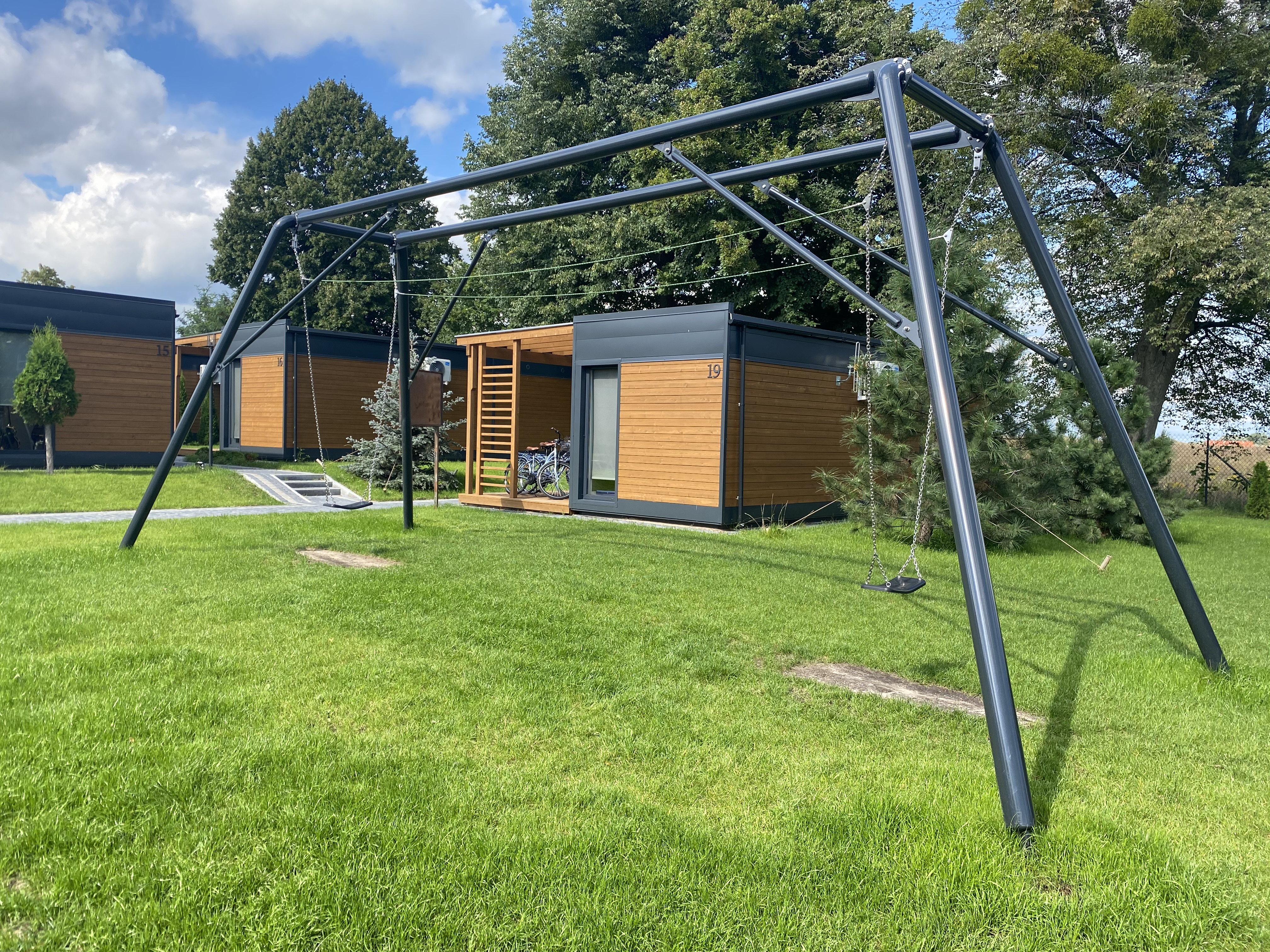 The exhibit consists of two swings connected with a rope - they are a model of coupled pendulums. By sitting on the swing, we become part of this model.
http://cngsystem.pl/pl/realizacja/dwie-sprzezone-hustawki/

When one of the people swings his swing, and then both people allow the swings to move freely, we can observe the phenomenon of transmission of vibrations: the so far immobile swing, it swings with increasing amplitude.
At the same time, the vibration amplitude of the first swing decreases. After a while, the cycle repeats itself. The phenomenon does not take place forever due to the resistance to motion in the system. The coupled swings refer to the harmonic oscillator model. It examines the interaction of two bodies. The relationships found in this way are the basis of particle physics.

How to perform an experiment?