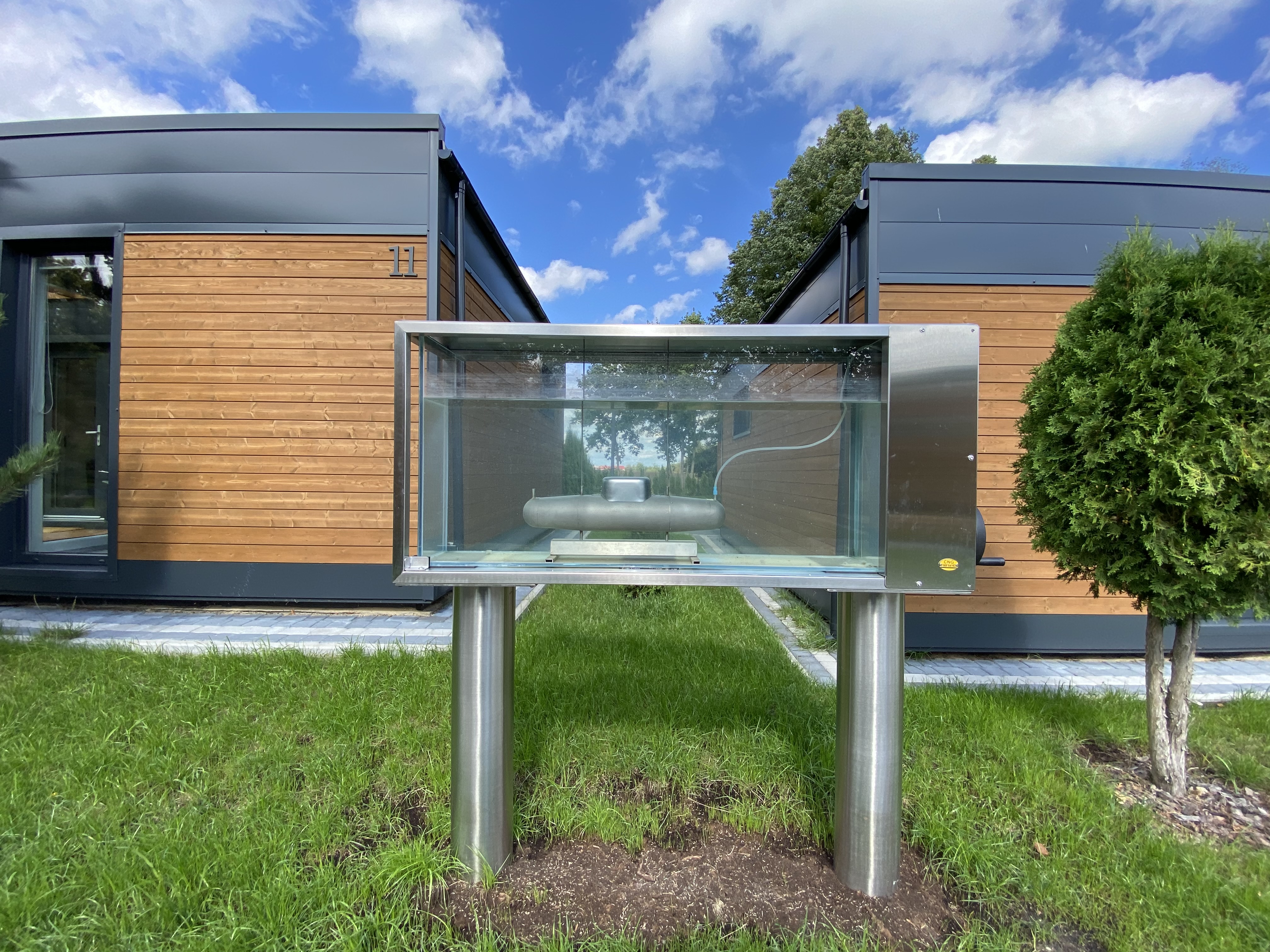 The exhibit consists of a steel structure, a liquid tank and a model of a submarine with a mechanism for regulating the draft level.
http://cngsystem.pl/pl/realizacja/statek-podwodny/

How to perform an experiment?

Activate the mechanism by turning the crank and observe the submarine.